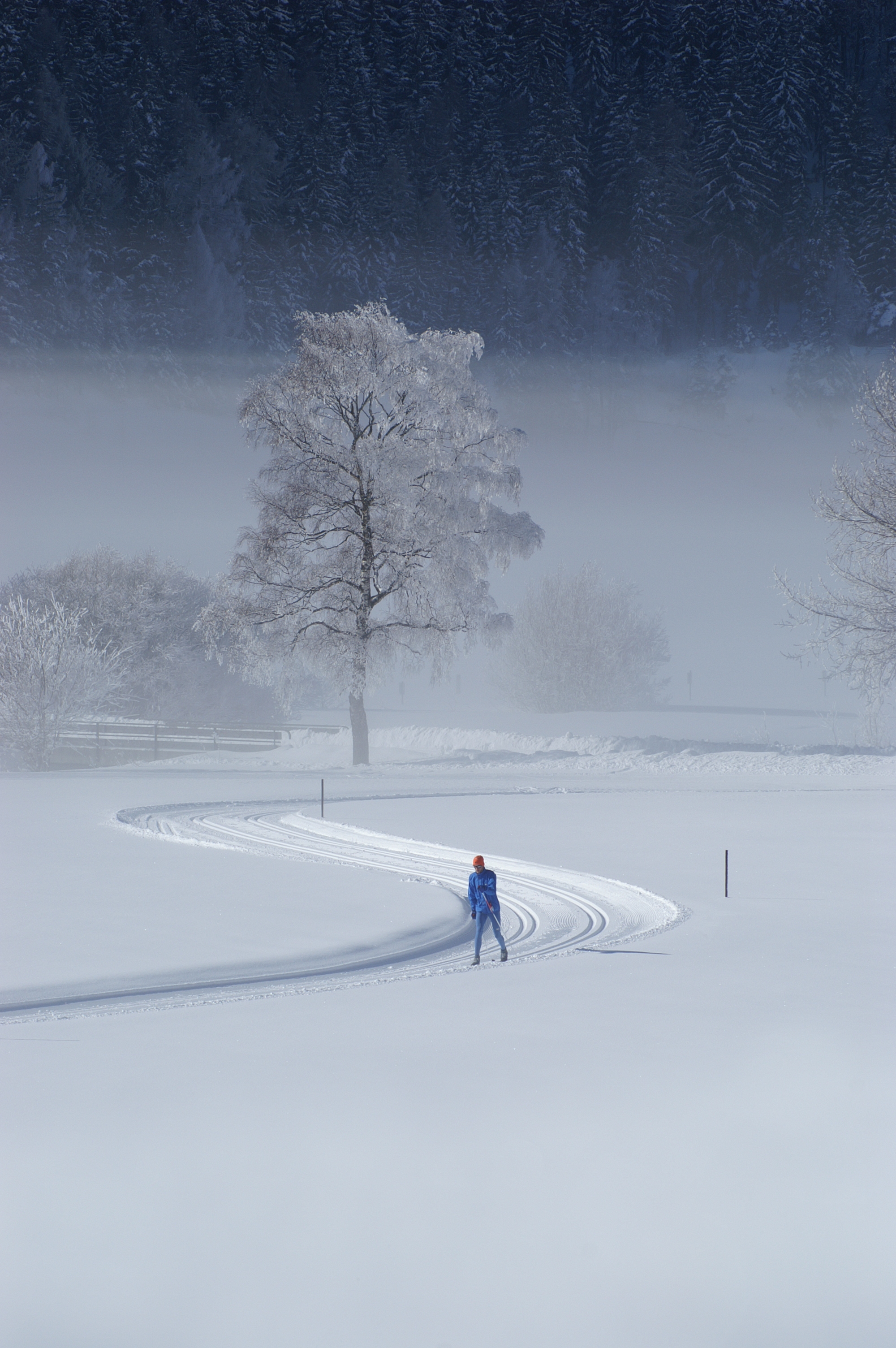 For the past nine years we are proud to offer year round recreational opportunities to locals and visitors alike. From December to April we maintain groomed skating and tracked classic Nordic trails, all situated on fantastic terrain in a beautiful setting. Our commitment to these trails has grown and we have invested resources into improving the trails themselves. Johnsbury Academy Nordic Ski Teams. We roll our system to ensure a quality base that will last through the season.

This year we have several newly designed trails and bridges. The Nordic Adventure Center is located at Darling Hill Road and the building is a yurt- a round tent originating in the middle east. While it is surely possible to get a snowmobile past it, any mistake would put the machine in the creek bottom.

With this weekend being the last we are allowed to groom there, warm temperatures up into the mountains, and good skiing in town, we wont be getting the Pisten Bully over there the parking lot is quite the slush pit too. Based on the weekend forecast, mid day-afternoon skiing at Sourdough should be nice spring skiing call it sun grooming.

So, enjoy the skiing we have left, thank you everyone for an incredible season, and keep at it while the snow lasts! On another note, as things start to melt out, keep in mind that summer trails, such as those at Highland Glen, will be extremely muddy and wet. Please use good judgement and stay off of the trails for a bit while the dry out. Highland Glen is private land and we are lucky to have year round trails there. However, it will be quite some time before any of those summer trails even show up, there is still a lot of snow! 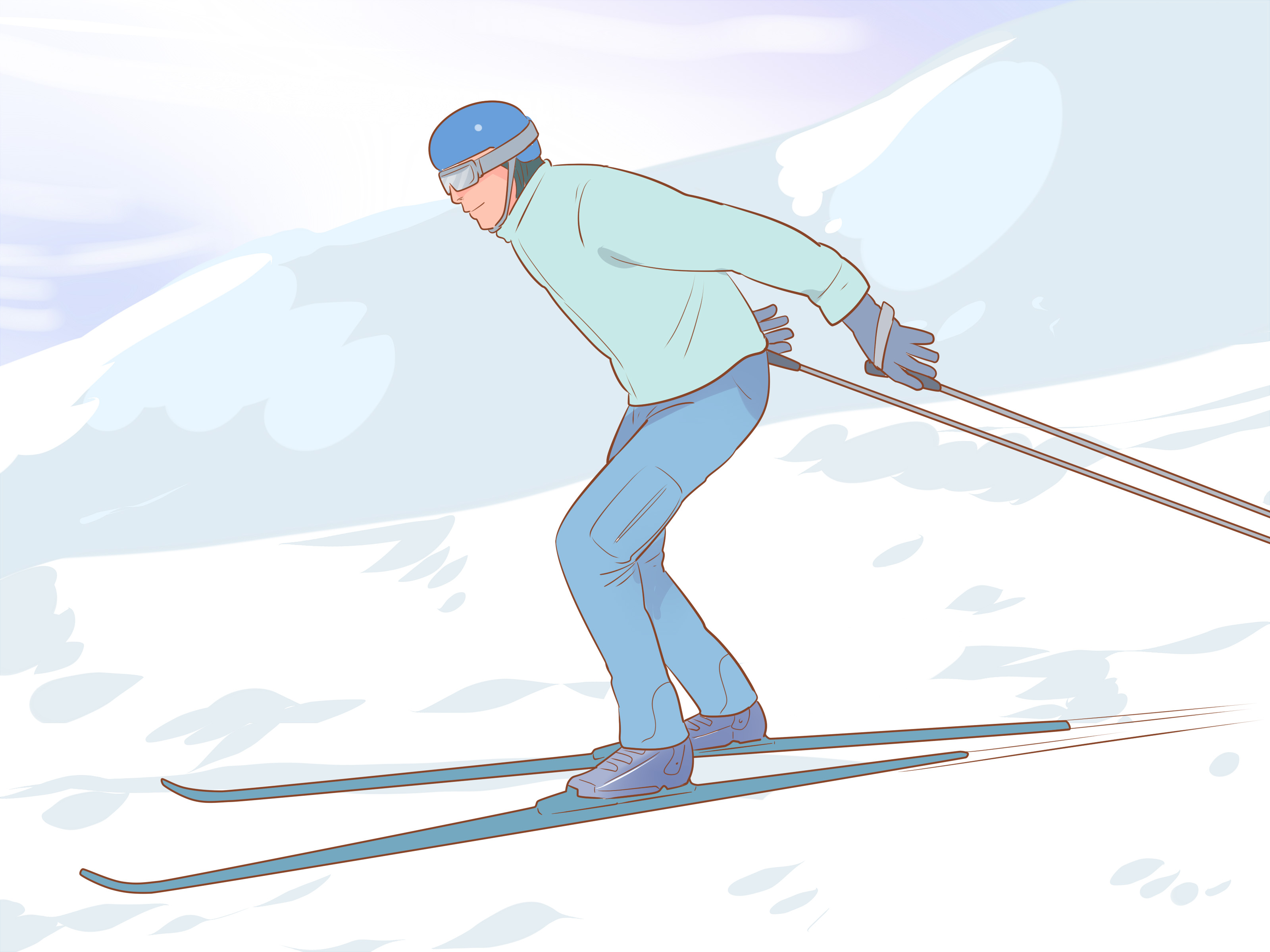 Runners, hikers, dog walkers, please be patient, there are lots of other places to go. Foot prints in the ski trail are deep this time of year and can be difficult to erase, even with the Pisten Bully, so please stay off of the ski trails for a bit longer. First off, thanks to everyone who came out for the Hyalite Classic on Saturday! The conditions were variable, as expected, but that didnt stop people from smiling! There was some exciting, icy skiing up there but someone, there werent any injuries.

So, thanks for coming out and rallying! Now, we are getting rain and maybe a touch of snow before a couple more warm days, so not good news for trails. The slush lakes are getting a little bigger every day and there is not much we can do with the saturated snow unless it freezes. So, stay tuned, we will probably get out a time or two still, but for now the weather has us shut down.

That doesnt mean stop skiing though! Id expect decent crust cruising here in town early in the mornings! Well, it got warm and the snow melt is going strong. We will try to keep grooming every other day or so, but we need the snow to crust over and firm up before doing so.

Everyday, more slush patches are showing up at our venues. Highland Glen has a rather large slush patch that we have already had to build a snow road over once and I am not sure that will last much longer, if it hasnt failed already. In addition to the slush and water ice development, there has been at least one wet slab avalanche in Sourdough yes, you read correctly, wet slab avalanche so please be careful.

Avalanches are not something we normally think about nordic skiing but this year, stay heads up and I would recommend staying clear of Sourdough during the afternoon when the sun is strong on those exposed slopes.

Rock fall is typically a spring concern at Sourdough as well, keep an eye out! Tomorrow is the last community race event, the Hyalite Classic and I expect conditions to be, well, interesting. It should be a fun event, so come join us for the close out of the season! It sure is starting to feel like spring. The cool nights are definitely saving our trails but the warm afternoons getting increasingly warm through the week will take a toll.

For now, we are sticking to an every other day or so grooming as long as we get a freeze overnight. This means most of our work will now be in the early morning hours so that the snow can dry sufficiently before we till it up.

Cross-Country Skating: How it Started

We are mainly trying to smooth things out. Expect crusty, fast skiing early in the day that softens quickly in the sun. Afternoon skiing will start to get slow and sticky. We are done grooming the small loops now that is spring break and the melt season has begun. The lower section will be getting icy and firm, especially where it is in the sun, so please be extremely careful on the way down. We have also groomed to the Moser Trailhead as an alternate access. The Hyalite Road is passable but be prepared for ice and drive slow.

No word on whether the Forest Service has been around the ski trails up there yet. Town trails were groomed Saturday morning and are in good shape. Highland Glen does have a large slush patch forming and Im afraid this is just the beginning of the spring mess. For now, the skiing is great, so get out and enjoy!

Not coincidentally, the starting and finishing areas are where TV cameras and photographers are primarily located, so that the ban on skating ensured that the corrupting new technique would be less visibly public. The issue of skating engendered bitter division within the world of Nordic skiing. On the other hand, Norwegian traditionalists were opposed to the heretical new technique. Ivar Formo, the Olympic gold medalist, who succeeded Nilsson as chairman of the FIS Cross-Country Committee, wanted to ban skating as soon as possible, and he had the emphatic support of his fellow Norwegians.

A victim of their rule-making, ironically, was a Norwegian, Ove Aunli. At the Sarajevo Olympic Winter Games, Aunli recorded a time in the kilometer race that made him the bronze medalist, but he was disqualified for skating in a prohibited area.

By now, they had mostly abandoned the old Siitonen one-ski-in-the track technique. The gliding ski was now outside of the track, riding on the snow at a slight angle, while the racer used the other ski for propulsion in a furious repetitive move. It came to be known as V No more kick wax.

Skating raised all kinds of issues. Would it lead to injuries, such as hip displacement. Did there need to be specialized skis, boots, bindings and poles?

Should not limits be placed on shortening ski length and making poles too long? How should tracks be prepared? Since skating speed slows dramatically when temperatures fall below minus 13 degrees Fahrenheit, would not farther north nations be at a disadvantage? What kind of special training was needed, not only in winter, but in summer?


They were resolute in wanting to restrict skating as much as possible. One way was to create narrower courses through the forest, necessarily restricting the size of machines to prepare the tracks. Another idea to discourage skating was to make sure the uphills were so demanding and steep that the skier could not skate, but must herring-bone.

But the preventive method most tested was the erection of nets and snow walls to narrow the track so much that skating was impossible. Dutifully I purchased netting in order to test the application of the proposed new FIS rule. A month later I knew that he was right, and I was wrong. We made our first test in Davos, erecting 12 nets. One was thrown in a river by two athletes whose names were revealed to me just a couple of years ago.

Today, we can laugh about it. The winner of the race, Ove Aunli, made a mockery of the test in another way. In a very steep section, we had not thought it necessary to put netting because no one imagined anyone could skate up such a hill. But the super-strong Aunli did it with the new technique, without grip wax, double-poling and skating.

Ambiguity was in the air when the season opened. Bengtsson, you must take away this skating.

Dan Simoneau of the U. Simoneau said that the American athletes wanted skating.

During the meeting, Thomas Wassberg passed me a note which, in retrospect, was prophetic. Cross-country, Wassberg wrote, should become two disciplines: a classical one in which the skating step is not allowed, and another one with no restriction and even allowing specialized equipment. It was an intriguing idea, but ahead of its time. At the end of the meeting, the entire group, except the U. FIS President Marc Hodler decreed that a skating ban at the forthcoming World Championships was only possible if all officials and all national ski associations accepted it.

Cross-country was back to where it was at the Sarajevo Olympics the year before, except for one significant new equipment rule that had never existed before in cross-country skiing. In reality, nothing was going to stop the revolution in nordic ski technique. Classic-only cross-country by now had become almost indefensible.

Racers adopted the superior two-ski skating technique. They were abandoning the use of kicker wax, and switching to preparing their skis entirely with glide wax. 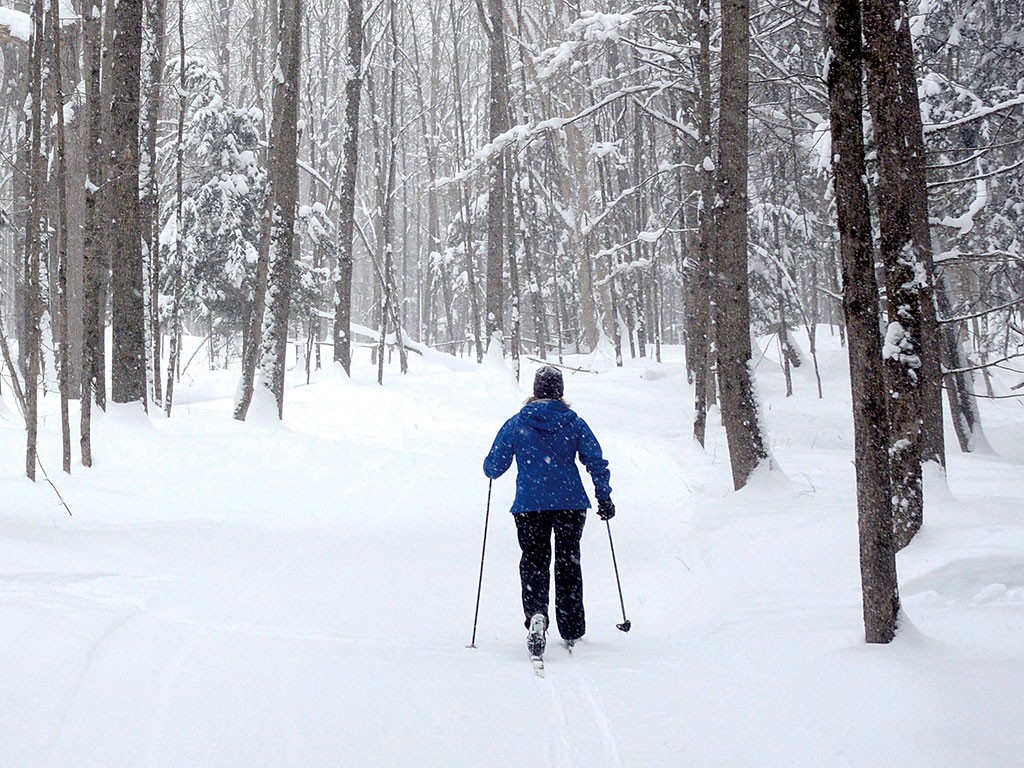 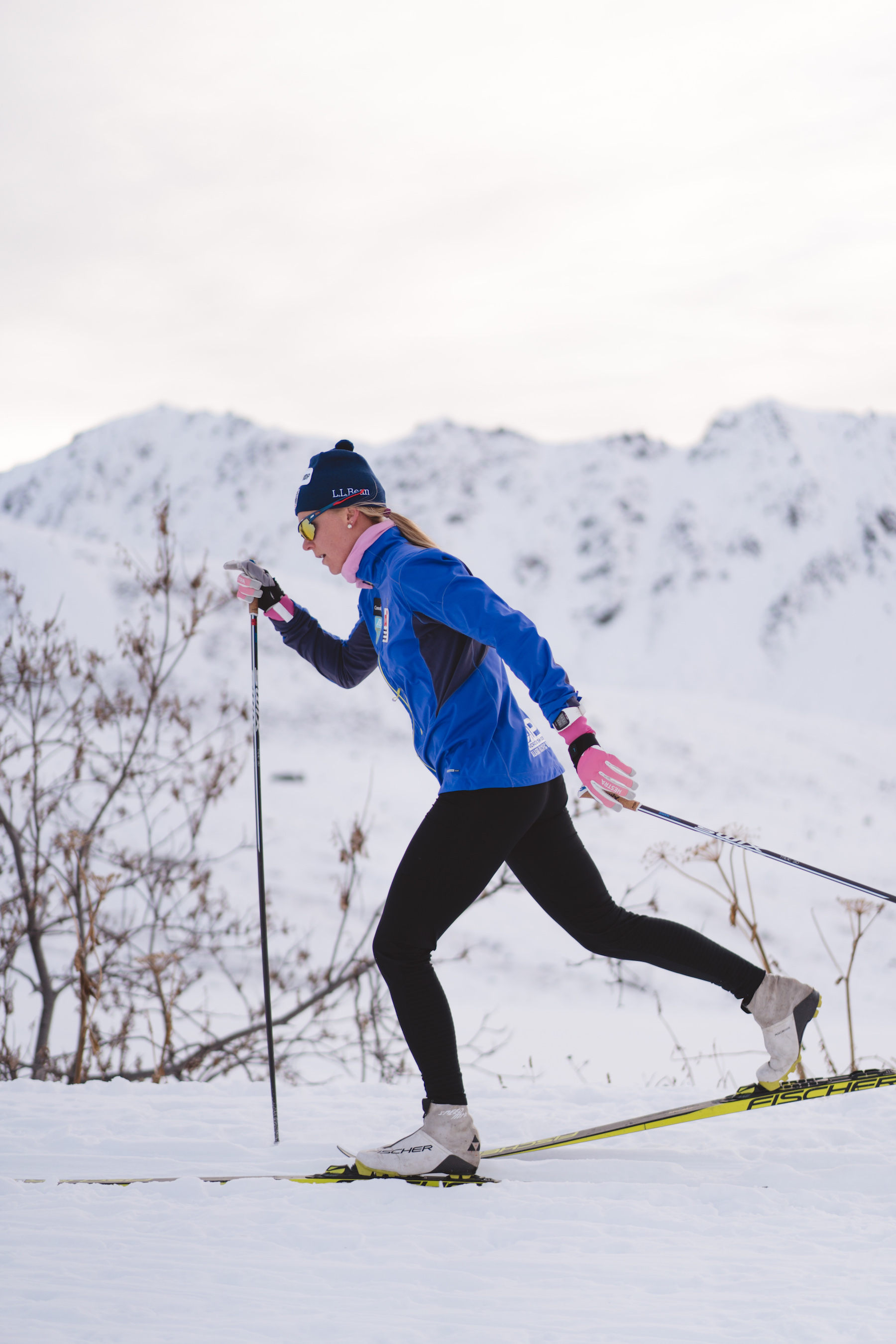 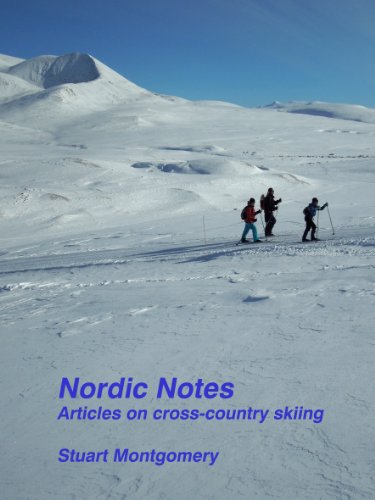